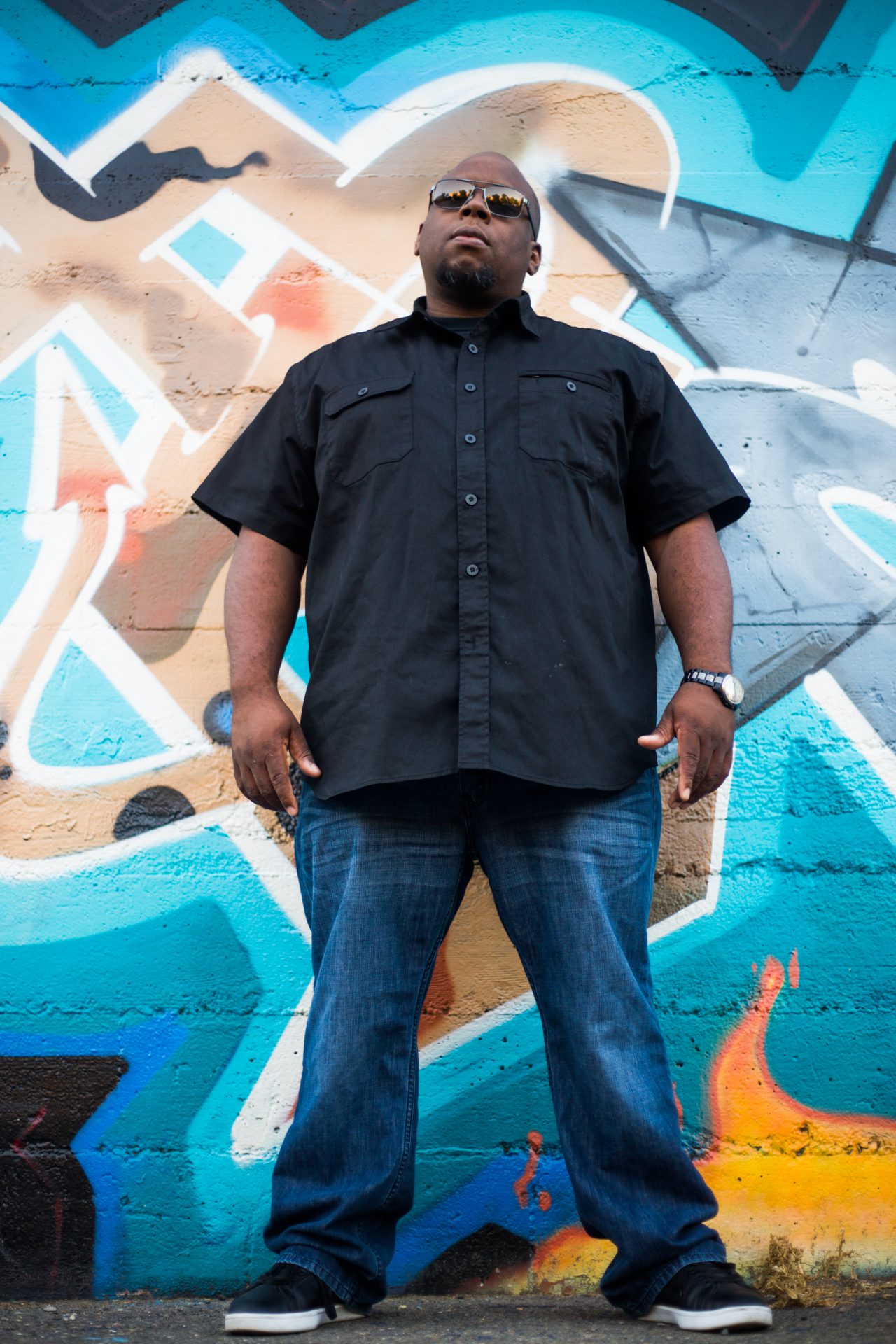 Mr. Hooper (formerly known as Crazy Ballhead) is an award winning independent rap artist, poet, writer, filmmaker, and music producer representing Sacramento, CA. He started his Hip-Hop journey in the mid 80’s as a pre-teen Human Beat Box for his older brother’s crew, and released his first marketed album in 1992 as part of the group Real Brothers (album: Soul Controllers). Going solo under the name Crazy Ballhead in 1994, Hooper built and maintained a strong underground presence that garnered him fans around the world and respect as a top quality lyric purveyor in the genre. He toured the United States and Europe, and earned several acknowledgements including an induction into the Sacramento Area Music (SAMMIES) Hall of Fame. Changing his stage name to Mr. Hooper in 2014 in honor of his father, Hooper has continued to amaze audiences with his captivating lyrics, precise delivery, attention grabbing stage show, and masterful musical compositions. Blending consciousness, introspection, life stories, and golden era harkening metaphors, Hooper’s lyrical styles are relatable to a broad and diverse audience.

Mr. Hooper’s stage show consists of a four piece band or a Dj, depending on the show and/or venue. With both line ups, Hooper brings the same dynamic energy to every show. Christian Keifer, of the Sacramento News & Review, described Hooper in a concert review as “a master at motivating his audience, providing a level of entertainment that was top-notch” and the show overall as “brilliant entertainment”. SN&R’s Erin Sierchio described Hooper as “a dynamic performer, capable of rousing audience members into chanting his name and singing along to his tunes“.

In addition to the acclaim that he receives for his stage shows, Mr. Hooper has released 7 studio albums including the golden era laced Auto Reverse (2017). Hooper’s original music has also been featured across several media platforms including a radio commercial for 24 Hour Fitness, Artistic Insomnia (TV Show), The Side Chick (Web Series), and Clean (Feature Film).

“@mrhooperraps never disappoints when it comes to #hiphop! I listened to his latest album #AutoReverse back to back today, and then made the mistake of listening to the radio.” – baby Stace reallynotradio.com